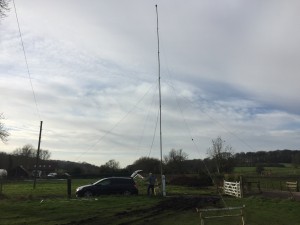 We operated the club callsign in the RSGB 40/80m AFS SSB contest yesterday and managed 170 QSOs across the two bands.

40m was pretty slow going, we worked 27 stations in 1hr 20 minutes, having to repeat plenty of times and simply not being able to get any takers when running. I’m still not sure why it was so poor on 40m for us as many other G stations were rattling through the serials. But for whatever reason we were certainly not radiating a good signal using the Windom.

When we noticed the skip widening into Europe we moved down to 80m and we were on. We managed to keep and hold a frequency to continue running for the remainder of the contest. This was despite a consistent S9 of QRM, it was lucky signals were strong (or at least the ones we could hear were!).

Here’s a short video of the site and some of the action: 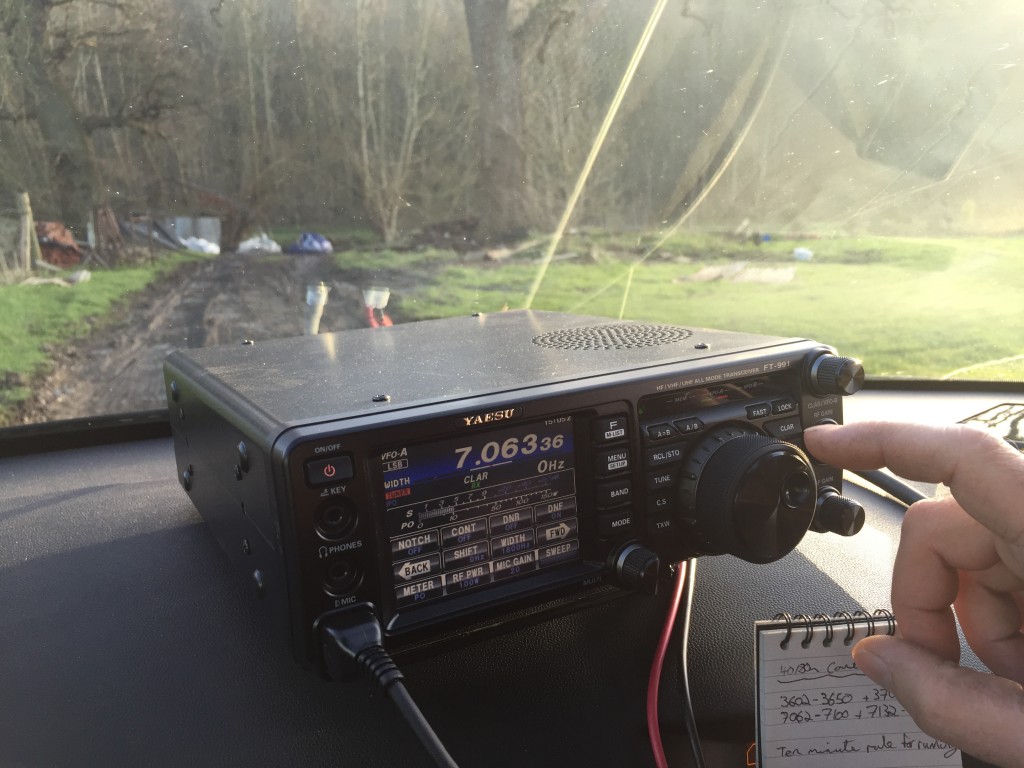 We finished up with a pretty respectable 170 QSO’s using G3MDG, despite an embarrassingly slow start. Thanks to all the club members who called us. 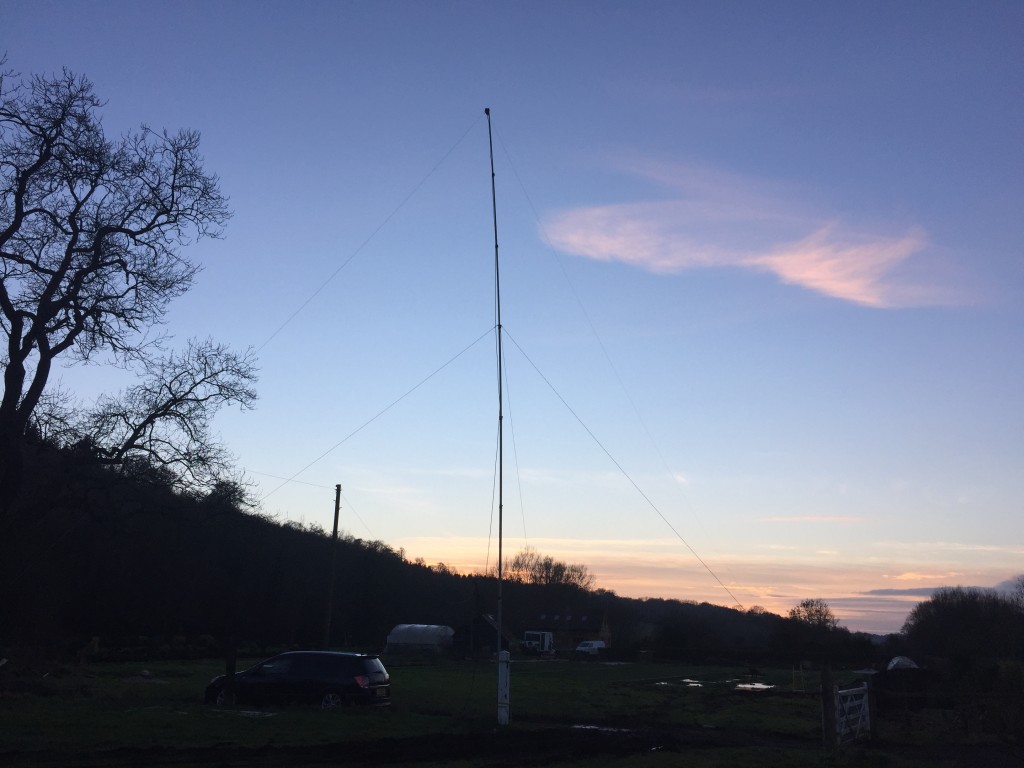 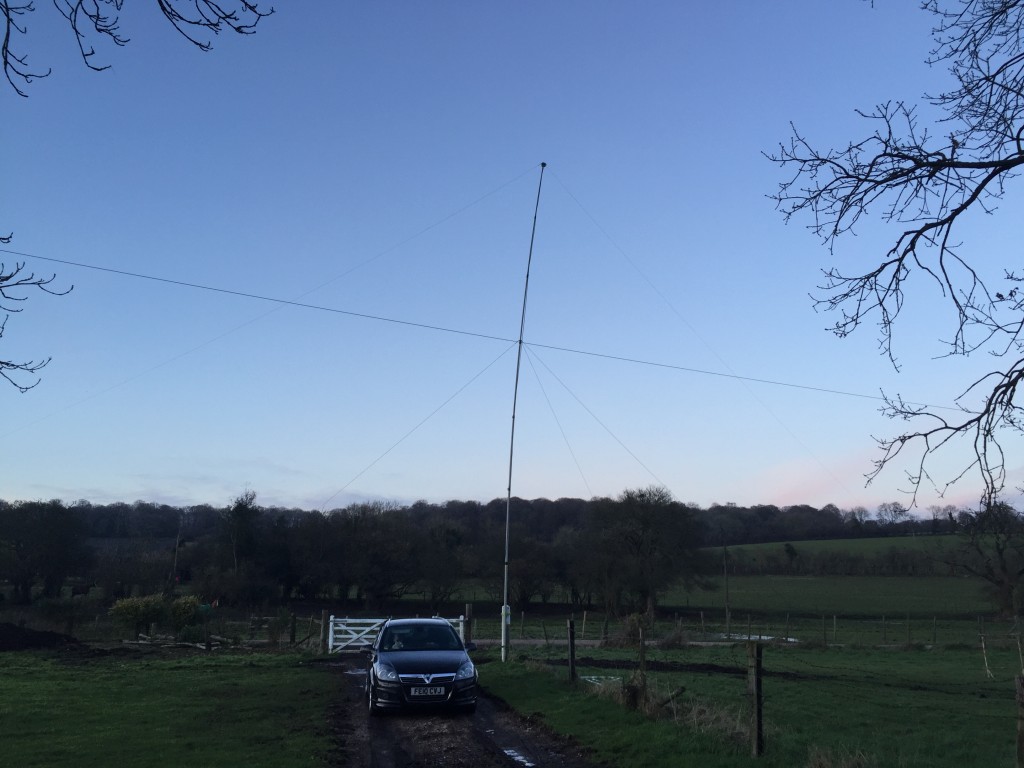 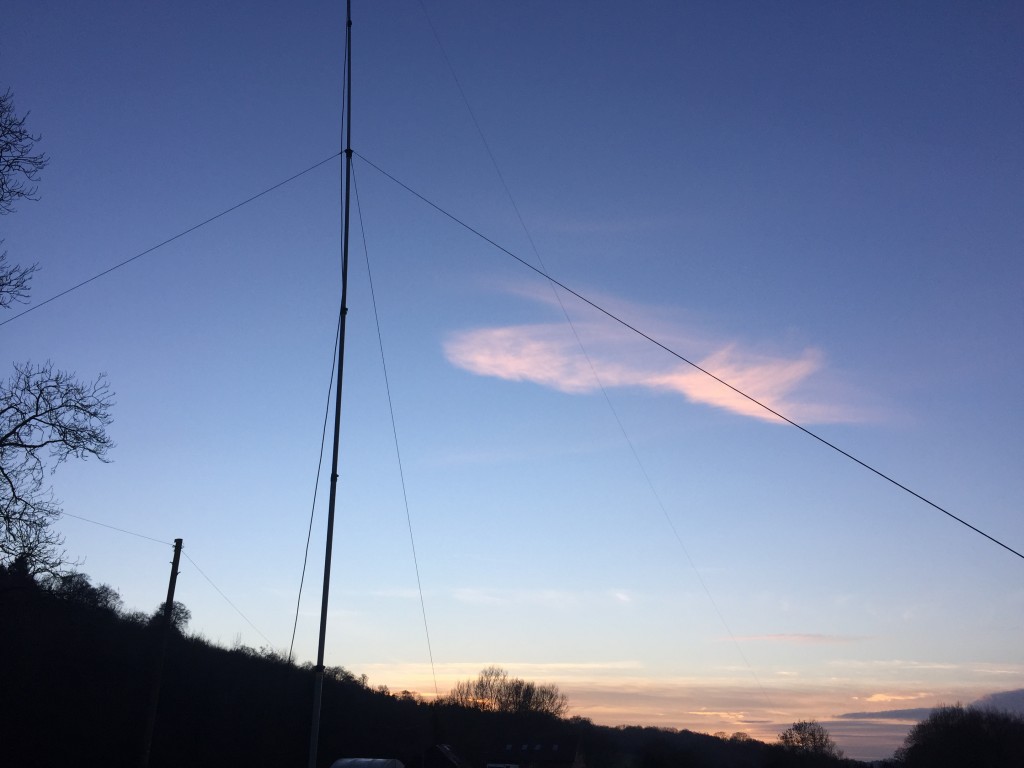